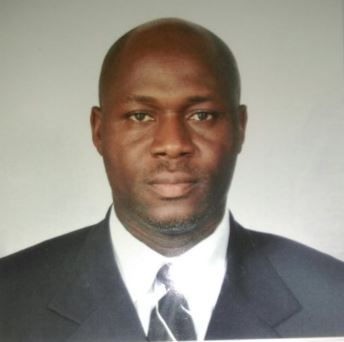 Peter Aigba was born to the family of Raphael Idaye Aigba and Lucy Abamu Aigba (nee Okozi) and partly attended Arinze Primary School in Benin City and Imhakhena Primary school Ogbona. He Proceeded to St John’s College Fugar and graduated in 1984. Following the seizure of 4 of 8 key subjects in WAEC and inability to raise funds to re-seat the exams, he ventured into farming and other menial jobs until 1988 when he received the favour of an uncle and enrolled as a full-time student of Our Lady of Fatima College Auchi and obtained his WASC in 1988. The expression of excellence in the result motivated the then Sole administrator to offer scholarship to the best three students which subsequently culminated into automatic employment for him at the then Etsako Local Government Council Auchi Bendel State in 1989. Under the same scholarship scheme, he was then trained by the council as a pharmacy – technician at the School of Health Technology in Benin City from 1990 -1992. At graduation, he practice at the various Health facilities; including, the health centres and maternity in Ogbona, Azukhala and Agenebode following the creation of Etsako East from Etsako Local Government Council

Full of passion for learning and ambition for a degree, was admitted at the Ambrose All University Ekpoma in 1994 and obtained (B.Eng. Hons) Mechanical engineering in 1999. Returned to Ambrose Alli University as graduate Assistant in Mechanical engineering dept. immediately after his NYSC at Mobil Producing Nigeria (MPN) as a training Reservoir Engineer in 2001. Barely a month later MPN came calling and also hired him as a Facilities Engineer (Contract Staff). This for him was a defining moment and had to painfully vacate the lecturing job and suspended his ongoing master’s degree programs at the University of Benin for greener pastures.

In 2004, He took the ExxonMobil qualifying test and was hire as Facilities /Process Engineer located in Eket Operation Area. In 2009, he was re-assigned as Machinery and Rotating equipment Engineer for the Erha FPSO Operated from Lagos. He was again reassigned as Snr Asset Reliability Engineer in 2012 providing technical support to the global Machinery team pool in Houston USA while being relocated back to Eket, in a role he has done till lately.

The die-hard quest for lecturing is still flowing in Peter’s veins, so he has begun his Master’s degree in Financial Engineering at the WorldQuant University, Louisiana USA in fulfilment of this passion. Peter is also the immediate past National President of Ogbona Youth Forum (OYF). He is a registered member of the Nigerian Society of Engineers and the immediate past Technical Secretary of Eket Branch. He is also a registered member of the Council for the regulation of Engineering in Nigeria (COREN). He has also enjoyed membership of international organisation such as Society of Petroleum Engineers (SPE) as well as American Society of Mechanical Engineers (ASME)