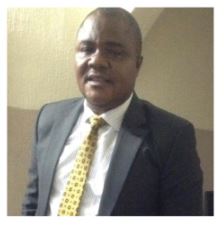 He attended Imhakhena Primary School from 1975 to 1982 and Ogbona Secondary School from 1982 to 1987. He obtained BA Hons English from Ambrose Ali University, Ekpoma in 1997, and Post Graduate Diploma in Management, PGDM, University of Calabar in 2002 and Masters in Business Administration MBA, Lagos State University in 2004.

He is married to Engr. Mrs. Esther Anaweokhai and is the Chief Executive Officer of Paragon Oil Nig. Ltd, player in the downstream sector of the Oil and Gas Industry in Nigeria.