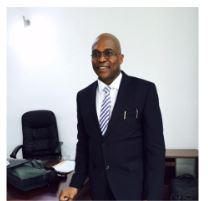 Member Ogbona Elites Forum Board of Trustees
Chief Ferdinand Oshioke Orbih (SAN) is the managing partner and founder of Ferd Orbih (SAN) & Co. He personifies the principles upon which the firm was built. He is a problem solver with a knack for achieving or striving to achieve perfection in all he does.
Before founding the firm Ferdinand Orbih previously, he worked at the Ministry of Justice during his National Youth Service Corps (1979-1980). He also worked as an Assistant Lecturer at the University of Ife, Ile-Ife (Now Obafemi Awolowo University) from 1981-1982. He then worked as a Counsel in the Firm of Sadoh & Co. from 1987-1987.

In 1987, Ferdinand Orbih Founded Ferd Orbih & Co in Benin- City and it is now Ferd Orbih (SAN) & Co and has expanded to Abuja and Lagos (through the branch offices there).

Ferdinand Orbih has an LL.B degree from the University of Ife; he obtained his B.L. from the Nigerian Law School in 1979; He also has an LL.M. from the University of Ife.
Ferdinand was appointed a SENIOR ADVOCATE OF NIGERIA (SAN), the highest honour reserved for most of the most outstanding and innovative legal practitioners in Nigeria in 2011 (but with effect from 2010). He also became a Fellow Institute of Chartered Arbitrators (FCIArb) of Nigeria 2013. He represented the Federal Government of Nigeria in Arbitration Proceedings in the Matter of the A.I.C Limited & Anor V. Federal Ministry of Works and Housing in London.