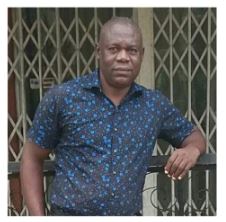 He obtained his NCE from Bendel State University (now Ambrose Ali University) Abraka Campus. He then proceeded to the University of Benin, Benin City, where he obtained his BA Ed in English/Literature and MA in English Language. He is currently working on his PhD Thesis with specialization in SEMIOLOGY at the University of Benin, Benin City. He works with the Post Primary Education Board (PPEB), Edo State, as an English Language tutor. He is happily married to Mrs. Josephine Ikhane (Nee Edoro) and the marriage is blessed with three wonderful children; two girls (Ochuware and Esiro) and a boy (Oshiorenoya). His personal philosophy is encapsulated in the following Construct: EVEN THE SNAIL AT ITS SPEED IS RUNNING A RACE.