Pa Pius Ebayode Igonor (a.k.a odigba-to baya), beloved husband, father, grandfather, brother, uncle, in-law, cousin and friend was born in Ogbona, Etsako Central Local Government Area in Edo state, on 7th March 1940 to Mr. and Mrs. Patty Igonor-Oshiakpemhe. He was the fourth of five children and was the only son who lived for over 80 years. He has only one sister who is still alive till date aged 90.

Pius Igonor lost his father at a tender age, and dropped out of school from the Native Authority (NA) Primary School in Ogbona, He left in standard two in 1956. He struggled to take care of himself through farm work, which earned him stipends that enabled him to survive. Thereafter, he left home to live with his brother in Ibadan. He worked briefly with a Lawyer named Abdullai Awomolo whom he served diligently. 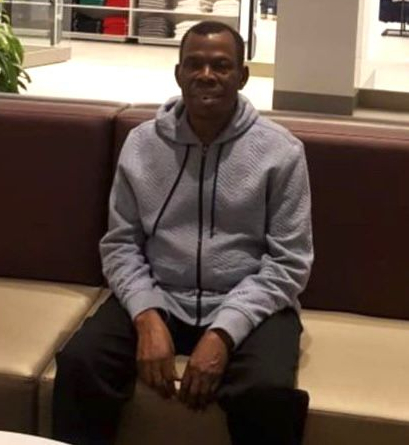 After a while, he decided to pick up a trade. He However, he still got engaged in a part time job as a Horticulturist, with Professor L.A. Thompson of the Department of Classics, University of Ibadan. He was very faithful and dedicated to his duties, as he maintained the beautiful compound No 3. Crowther Lane, which was a masterpiece within the entire University community. He became very well loved by the Thompsons who fondly called him “Pius”. They encouraged him to attend evening classes organized by the Extra-mural Programme at the University of Ibadan.

Through this effort, he was able to improve his speaking and writing skills tremendously. Determined to be successful in life, he sought for employment as a Caterer/Supervisor under the Catering unit at the University. left to learn tailoring which he studied for 3 years (1956 – 1959). Following his graduation, he gained a reputation as a top-notch tailor in the community.

He got the job with strong recommendation from the Thompsons in the year 1963. During this period, he served diligently at the Independence Hall and the Alexander Brown Hall, College of Medicine, University College Hospital (U.C.H) Ibadan, where he retired in 1985 voluntarily.

Nevertheless, because of his need to educate his children to his utmost satisfaction, he took up a contract appointment with the International Institute of Tropical Agriculture (IITA) between 1988- 2001. He was awarded with Certificate of Excellence at the International House of the Institute for his outstanding performance.

Pa. Pius was wedded to his amiable wife of over 60 years, Mrs. Theresa Igonor (Nee Esi- Balogun) on 14th October 1961 at the Catholic Church Ogbona. The union is blessed with children and grandchildren. With his wife, Pa Pius went to Canada to visit his children and grandchildren. He lived in Abuja from 2005-2015, after which he decided to relocate to his village in Ogbona, Edo state.