She was a woman of substance whose footprints are indelible in the annals of Avhianwu community being an illustrious daughter of Ogbona community, her passage would surely be felt by the entire community.

Late High Chief Christiana Erua Anabor was a successful business woman who traded across several States and Regions, a successful Politician, a humanist par excellence and a community leader and a Mobilizer of note.

Born on the 5th of May 1927 to the family of late Johnny Emokidi and Omonaya Braimoh Omoakhia of blessed memory in Ivhianagah quarter of Ogbona, her life was an epitome of selflessness, humanity. She was a member of the Avhianwu roll call of honour having performed her cooking Ukpe No khua which means cooking all delicacies for the entire community.

Late Christiana Amina Erua Anabor was a reference point till death. She was member of many Cultural Organizations such as Izi,Agbi and Atsamukoko dance Groups among others as a result of her love for her community.

It is not the abundance of wealth a man acquires that counts, but the way he or she touched the lives of those around him while alive.

She was also a committed member of the Roman Catholic faith and earned many Awards of Recognition and was sponsored to the holy Pilgrimage to Jerusalem which earned her the Justice Of Peace title.

She was indeed a woman of many parts whose sojourn on earth brought transformation and uplifing to the downtrodden and the hopeless in the society.

Late High Chief Christiana Erua Anabor was a coverage to the less Privileged and the entire Anabor’s dynasty .

Her demise, no doubt has created a huge vaccum in the family. She passed on at a time her valuable services were most needed by the family and the community. She was an icon of inestimable value as a result of her humanitarian and Philantropic gestures.

The social ceremony which took at the weekend at Oboarekpe Primary School Playing Ground attracted eminent personalities from all walks of life to the community to pay their their last respect to a woman who did her best to promote humanity.

A Requiem Mass was held on Sunday 13th September, 2021 in honour of the deceased at St. John De Baptist Catholic Church, Ogbona. In his homily, the Parish Priest, Reverend Father Philip Omohekhe while quoting from the book of Ecclesiastes said life is vanity upon .

The Cleric, Charged Believers to dedicate themselves to the expansion of the gospel and humanity in order to receive the blessings of Almighty God.

In his tribute, Eldest son of the deceased, Mr. Moses Anabor described her mother as a selfless woman who made a positive impact in the lives of the people around her and the community.

In his farewell message, Mr. Emmanuel Anabor said his mother lived a fulfilled life and prayed God to grant her soul eternal rest.

In his remark, Son of the deceased , Mr. Simeon Anabor stated that her mother was the candle that burns on both sides and that her legacies would stand the test of time. He added that it is traditionally and Spiritually bestowed on a child to honour his or her parents. He described her mother as an encyclopedia on cultural heritage

While eulogising her, the daughter in-law of the deceased, Honourable Justice Juliet Emmanuel Anabor described her as a loving and caring mother and the best friend anyone could wish to have.

The first grand Child of the deceased, Hon. Anthony Oshanor Ogboabor said the deceased is t the grand mother one would love to have and prayed God to accept her soul.

Late High Chief Christiana Erua Anabor died at the age of 95 years. She is survived by ten Children and many grand and great grand Children. 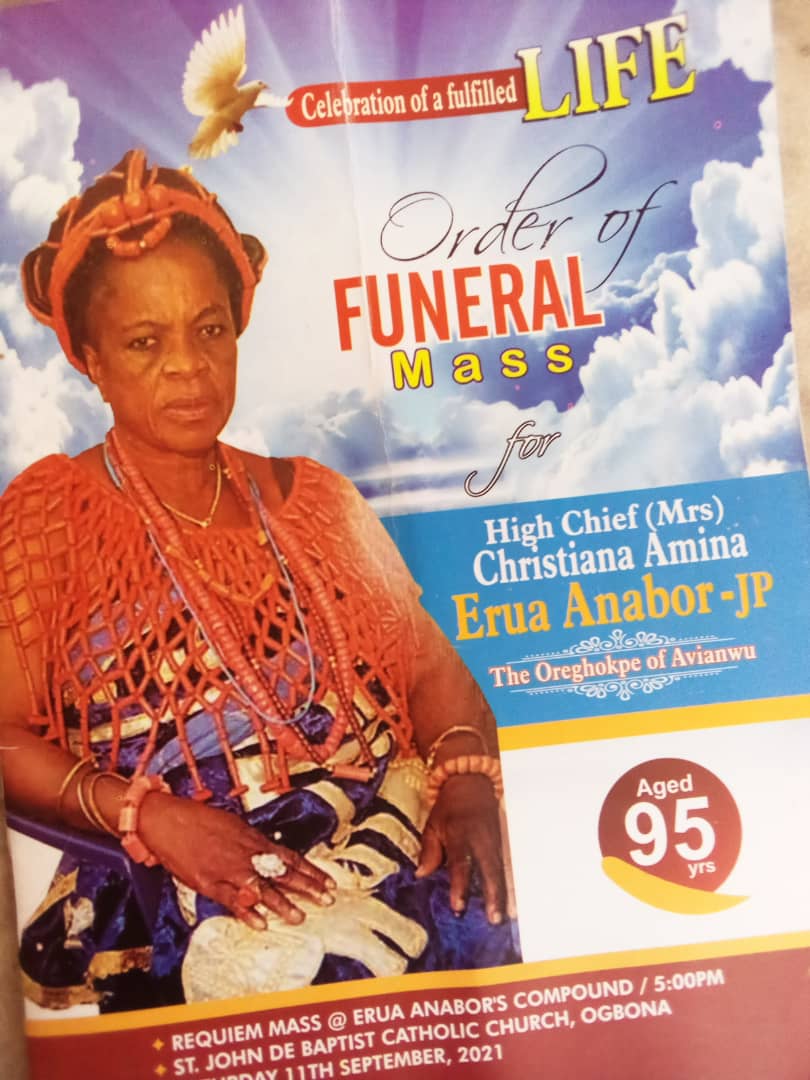 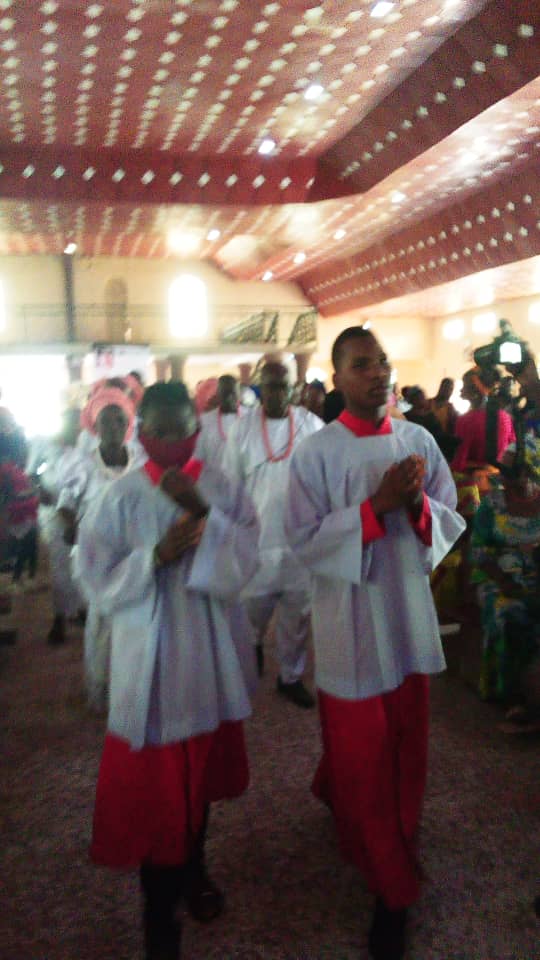 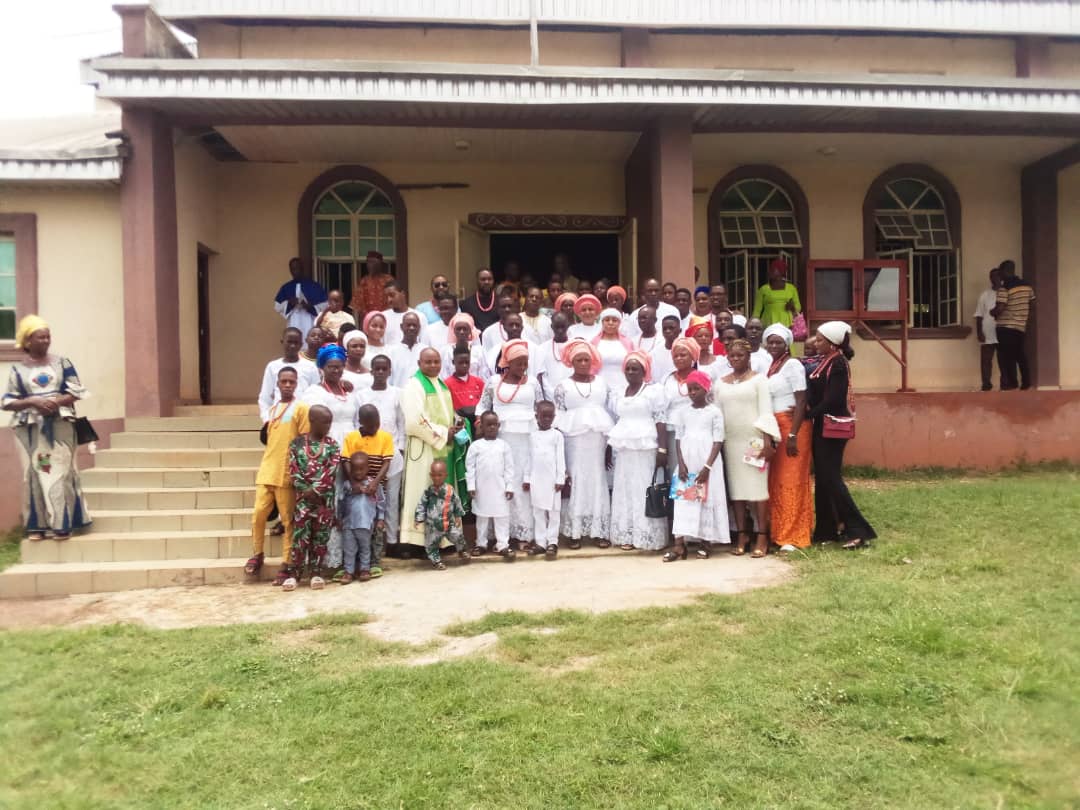 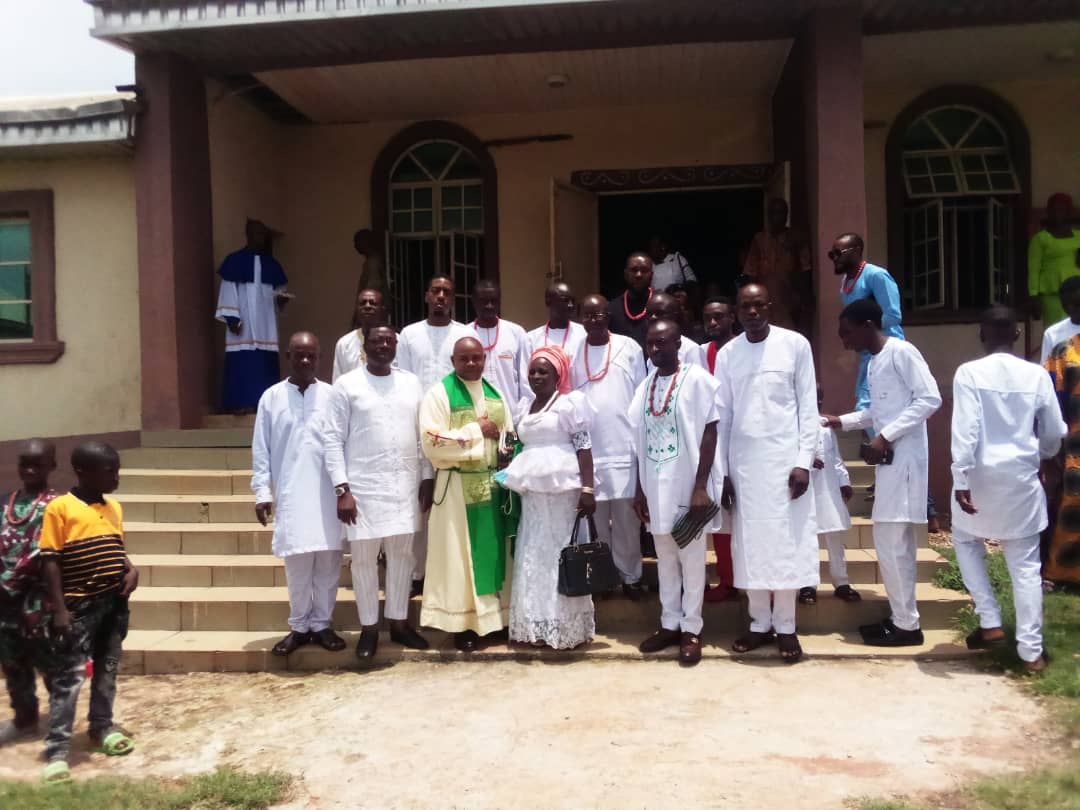