That he was destined for a life that would raise him above the general rural existence that was obtainable in his day, and propel him into a world of greatness and exposure was evident in the zeal exhibited by those around him in ensuring that he had a good education.

At the age of 7 years, he was taken by his brother, Musa Ainakhu to Ibadan where he began his primary education at St. Brigid’s Catholic Primary School, Mokola, Ibadan in 1959. In 1969, he proceeded to the newly founded St. John’s College Fugar alongside the likes of Patrick Imohede, Aleoghena Festus and Patrick Idegbo Umogbai and others. They constituted the pioneer set of that prestigious institution.

On completion of his WASC, he went to Holy Trinity Grammar School, Sabongida-Ora for his HSC where he was an outstanding student, and this was reflected in his receiving the John F. Kennedy scholarship award for English. He was given employment on the completion of his HSC as a classroom teacher at Momodu College, Agbede. It was there he met Rabi Okhuemoi (Nee Tokurah) who became his wife of 32 years. Peter Okhuemoi taught in that institution for two years before he was admitted into the University of Ife (Now Obafemi Awolowo University) to study English.

He graduated from that college with the 1973 set which included others like Greg Enegwea, Barr. Ekhasemomhe, and Dr. Dennis Itsuokor.

He proceeded to his area of primary assignment,(NYSC),  Mbaise in the then East Central State (today’s Imo State) in the same year as one of the pioneer corps members. On completion of his service, he started his working career as a graduate with Federal Government College Port-Harcourt as an English Teacher in 1974.

In March 1978, he joined the then National Oil and Chemical Marketing Company (now Conoil) where he spent the rest of his employed life. Peter’s 21 years at National Oil saw him traversing the length and breadth of this country, meeting with various personalities across different tribes. Among the colleagues he worked with at National Oil was Abiola Ajimobi who later became a Senator and Governor, and Rt. Hon Chibudom Nwuche who became Deputy Speaker of the House of Representatives. This period also saw him moving across positions in the company that easily attest to his being one of the best in the field of retail marketing. Some of the positions and their locations include:

He undertook many training courses while with the company. He retired meritoriously in 1999 after 21 glorious years into private business as Managing director of Pamoks Ventures Ltd.

Peter Okhuemoi was passionate and committed to people and service. He trained and financed many men and women through various levels of education. These included but were not limited to relatives, friends, children of neighbors, fellow staff, etc. He was never biased, prejudiced or selective in those he helped. His colleagues in the office always remembered him as a humorous, lively and open-hearted friend and boss. There was never a dull moment with Peter. His principle in service was ‘to live a name and goodwill that his children would live to enjoy and be proud of’.

Chief Peter Okhuemoi received recognition and honour from various bodies and groups. He was active in his life-time as an alumnus of his Alma-mata St. John’s College Fugar. He founded and served as the President of the Warri Branch of the Old Boys Association.
Chief Peter Okhuemoi played a major role in the establishment of Ogbona Grammar School and for several years financed projects in the school, in addition to sponsoring many indigent children. He was at a time Chairman of the Parents Teachers Association. He was also the

among so many others.

In 1996, in recognition of his immense contributions to the development and progress of his community, he was honoured with the chieftaincy title of ‘Apeakhuye of Avianwu’ by HRH Chief Aliu Oboarekpe, The Oghieanvianwu. Many will live to remember Peter Okhuemoi for touching their lives in so many different ways.

Peter Okhuemoi loved sports and participated actively in his lifetime. He was the pioneer volleyball and basketball captain of the St. John’s College team while there. At Holy Trinity Grammar School Sabongida-Ora, he ran long distance races with the likes of Sir. Chief O.F Eboirenme, a past rector of Auchi Polytechnic. In the prestigious Grier Cup Competition, he came 2nd in the Mile Race. During the Founders’ Day meet in 1967, he came 1st in the 3-legged race, 2nd in the Javelin event, and 2nd in the Mile race. His love for sports development in schools saw him at various times donate sports materials to Ogbona Grammar School. In his later years on earth, he was an ardent lover of football and boxing. His library of past football matches and boxing fights on video will make any sports enthusiast green with envy.

Chief Peter Daniel Okhuemoi was a great father and husband who raised his five biological children to understand the value of a good education, and taught them never to expect handouts from life. A very constant statement he made to his children was “even if it means having to beg to send you to school, I will”. He taught his children ways of successful living and the need for service.

He was a rallying point for his extended family, and was open to receive everyone. This virtue can be attested to by the number of extended family members that lived with him in his life-time. He was an umbrella that covered everyone and loved without discrimination.

He played active politics as a member of the People’s Democratic Party PDP until his transition to glory on the 21st of June 2006. 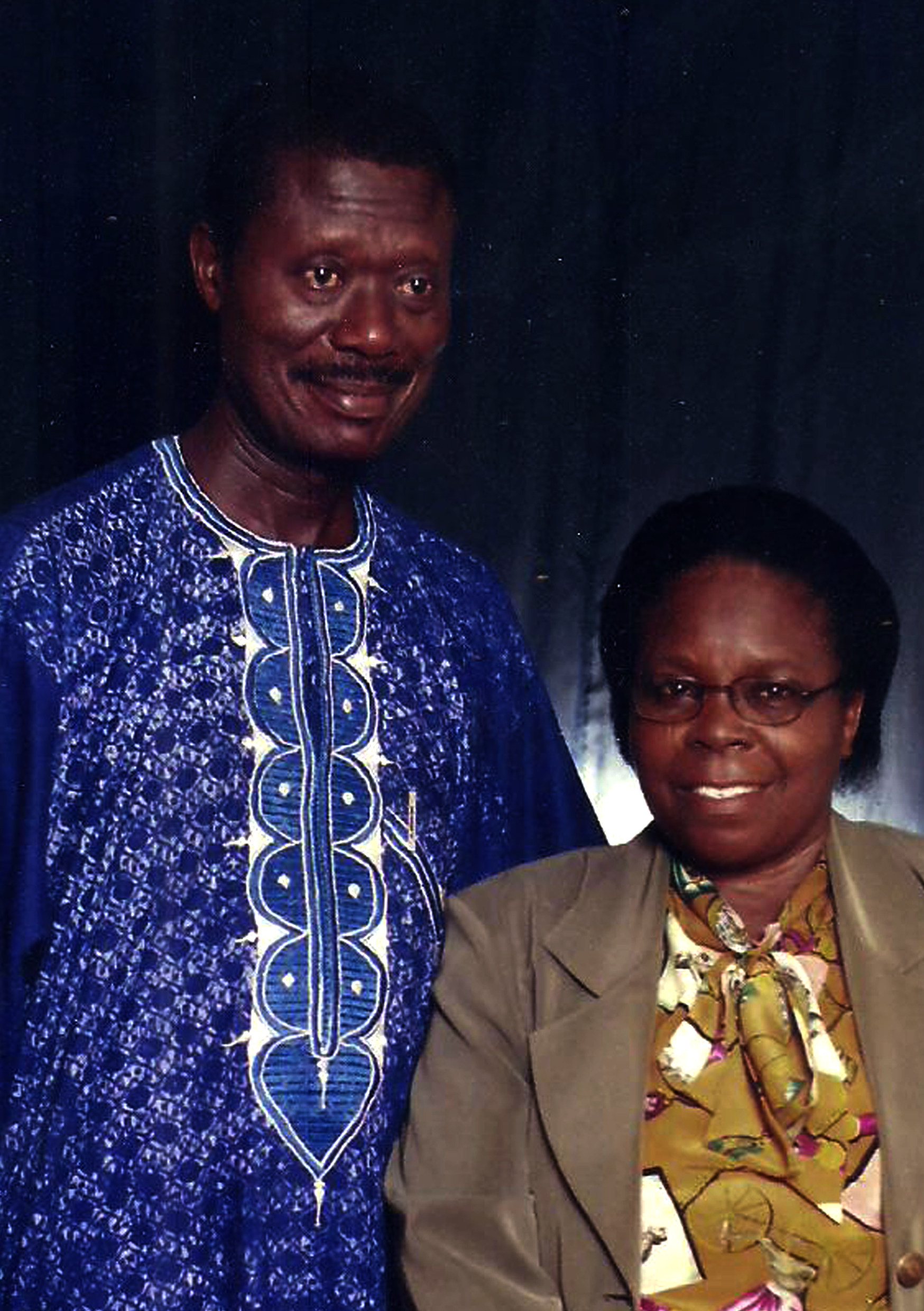 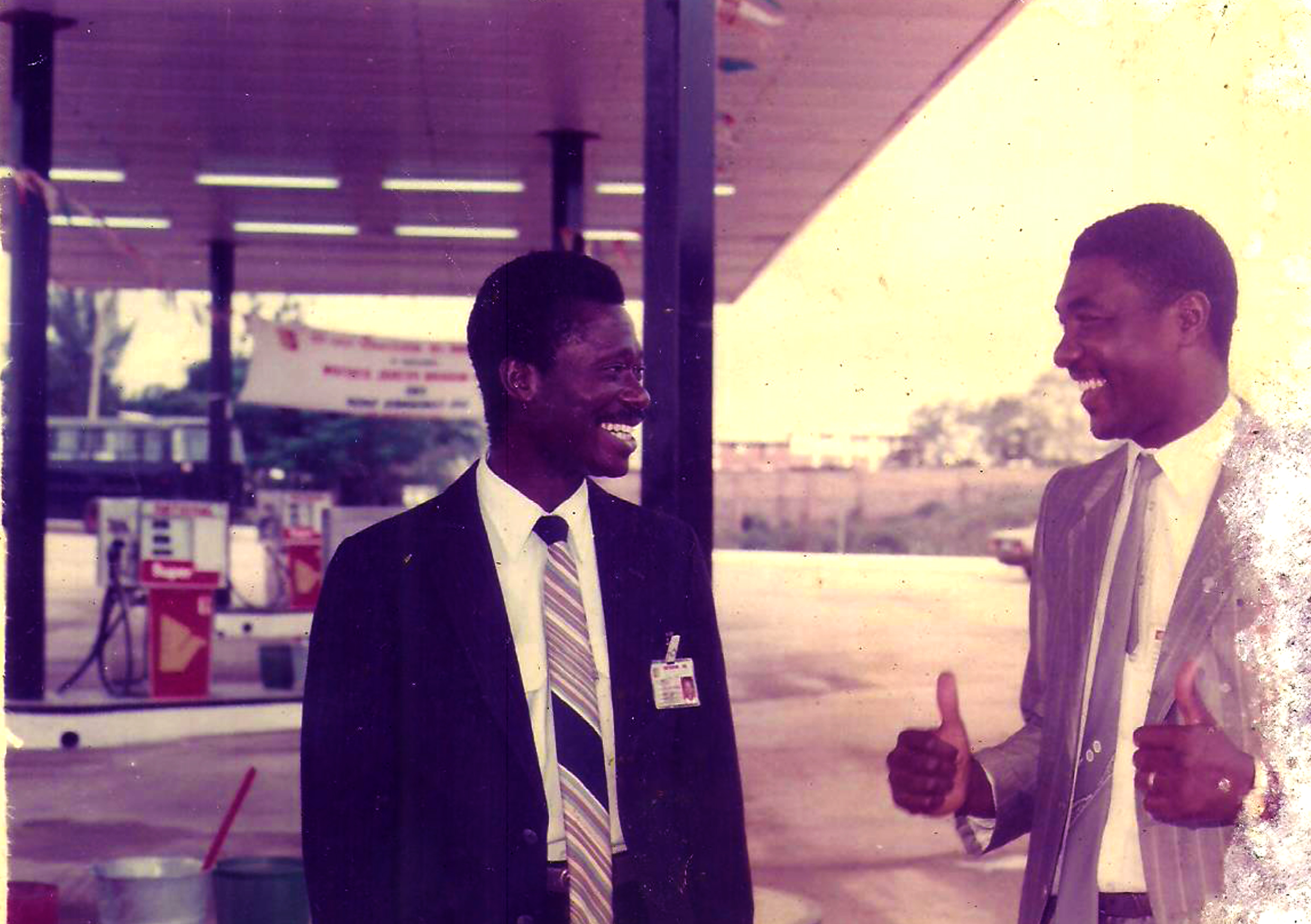 Profiles of Ogbona men and women