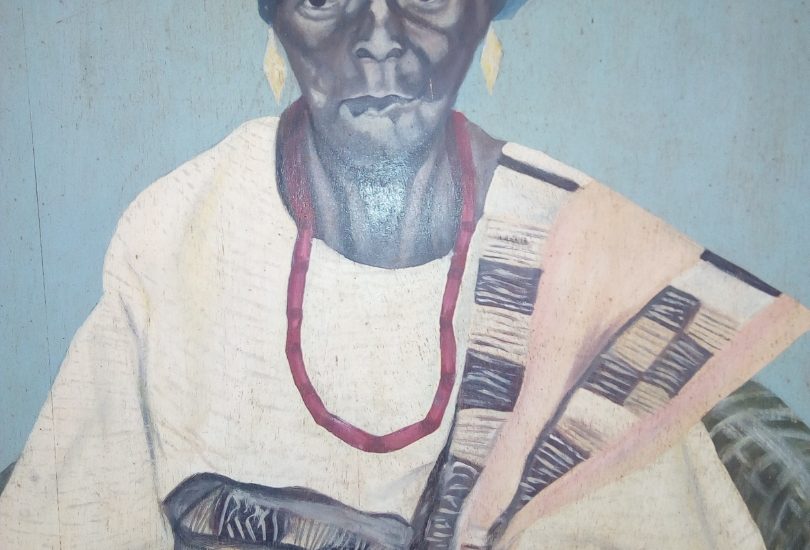 History pages are strewn with women contributions to the emancipation of human race. Often times, they risked their lives, broke with traditions, overcame gender barriers and jumped in where even men would fear to trend. Queen Amina of Zaria and Mrs. Funmilayo Ransome Kuti easily come to mind. The Aba women riot of 1929 is still as fresh as ever. Unfortunately, for reasons best known to historians and more out of ethnic bigotry than subtle display of chauvinism, the heroic contributions of Uwomha Ododoibo Obeakemhe to the liberation of Avhianwu people from the burden of the obnoxious tax regime known as Schedule 2 (SEDETU)from the local authority is not mentioned anywhere in the history books. Worse still, even at the local level, there is no memorabilia in her honor for her heroic deeds. Before any form of rigmarole, the questions are immediately propelled, what is the meaning of ODODOIBO and who is Mrs. Ododoibo Obeakemhe?

Late Ododoibo was born circa 1894 and got married to Late Obeakemhe Onaikpe around 1912. She died in May 1975.

She was among the first uneducated women to travel out of Ogbona to visit her first son who was a driver to the king of Ondo. Her visit to Ondo exposed her to western education and the business world. Upon her return from Ondo, she led a protest to the then village head, late Okozi Ebeto that girls who normally went out naked as it was the practice, should be allowed to tie wrapper around their waist.

She also leveraged her business experience in Ondo and got involved petty trading. She was fully engaged in trade by barter as she would go to Osomhegbe Ikpata markets to exchange ume (camwood) with fish. She would in-return, sold (exchange) the fish obtained for other items.

she was indeed, a rally point in the community. She was also a woman leader in Ivhiochie when politics was introduced in the late forties.

Prior to the attainment of political independence in 1960, the tax law that was practiced in Nigeria was pal tax. That is, every person irrespective of political affiliation was expected to pay the same amount as tax.

Upon attainment of political independence, the western Nigeria Regional Government (ACTION GROUP) enacted a tax law that was discriminatory in nature. Schedule 2 (sadetu) of that tax law was targeted at political opponents who were expected to pay higher tax because they belonged to the opposing party. The NCNC was also guilty of such political victimization too, being the party at the federal level.

The season witnessed unwarranted arrest of some political opponents who could not pay the schedule 2 tax notices served them. Some people absconded from their homes in the village to hide in their farm for several months for fear of being arrested by tax law enforcements officers. In November, 1961, some tax enforcement officers from the Afenmai Divisional Council Office at Auchi were deployed to Ogbona to enforce collection of the higher taxes. The tax men invaded Ogbona as early as 5.00am in a bid to arrest the tax evaders who mainly were members of the opposition party in the western region. Some men were arrested and bundled into a waiting van.

Tax collectors had able allies in the persons of Mr. Tenebe, the then maternity dispenser who collected taxes for the council and Mr. Opel Ayalomhe who was in charge of issuing receipts.

But, for the bravery of Ododoibo who mobilized some other women like Isomhepo Enamhegbai, Omomhirue Anabor, Aretsa Oboarekpe, Omhonaya Ebraimah-Ikoko, and a host of others, Ogbona men would have remained pawns in the chessboard of tax men. The women barricaded the road to Auch, disarmed the tax officers and freed those already arrested. The driver of the vehicle and the tax officer were asked to leave the village for peace to reign. The women were dressed in native farm uniform of EGBU thus signposting the readiness for war at the least provocation. The tax officers made several attempts till early 1962 to arrest some indigenes of Ogbona but each attempt was met with stiff resistance and consequently foiled by the protesting women who were ready for any show down. The protest lasted for more than four months.

Though the protest did not completely cancel the obnoxious tax regime, it spared the men from the humiliation of being bundled into waiting van like common criminals. Again, it brought about civil proceedings as those who were excessively taxed had the opportunity to seek redress in Fugar and appeal in Auchi.

Things were said to be so bad that a woman had to carry her husband on her back to farm in order to escape the plying eyes of tax collectors in Iraokhor. Upon discovery of her prank, the man fell from the back and ran into the bush to the amusement of everyone.

Uwomha Ododoibo’s action was said to have spurred Iraokhor women into similar action to save their men from further humiliating tendencies. Her political activism also came to the fore when the election between Chief M.C.K Orbih and Chief G.M Udochi in 1964 was rigged in favor of Chief Udochi at Okpella. As a matter of fact, there was no election as fictitious results were written at Okpella. Uwomha Ododoibo organized and mobilized everybody to Assumpta School, now Saint Angela’s Girls Secondary School Afashio were results were being collated. Within a short time, the place was taken over by Ogbona people with the sworn mission to raze it down with fire. It took the intervention and personal pleas of Justice Kessington Momoh to calm frayed nerves.

Mrs. Ododoibo Obeakemhe was indeed a great Heroine who in death deserves to be immortalized, at least with a street named after her in Ogbona community. 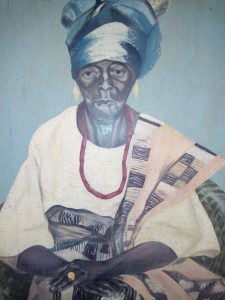