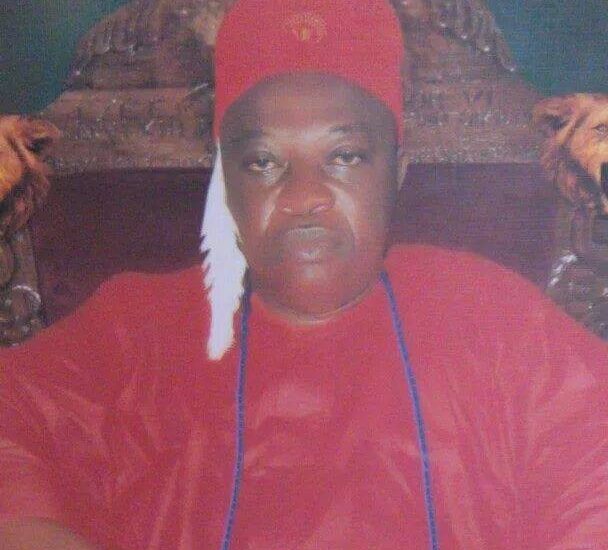 Though we are mainly farmers, we love making music and melody in Ogbona

­­­- HRH Chief Willy Uloko Idode, The Okphe Ukpi of Ogbonaland
Ogbona is a busy and rusty town founded about 1892 in Etsako Central Local Government Area of Edo State. The town is one of the agro-based communities in Edo State, where yam, groundnut, maize, cassava and cashew nuts are farmed in commercial quantity. However, despite being one of the state’s food baskets, Ogbona is mostly known for constantly producing top-rate musicians in and around Edo. These musicians, known for their rich melody, philosophical composition, rhythms and emotional music, are yet to be matched in that area.

For instance, from the early 1960s to the late 1970s, an Ogbona son with the stage name, General Bolivia Osigbemhe, now of blessed memory, ruled the airwaves in Etsako and the former Bendel State, the present-day Edo and Delta States. Fifty-eight years after General Bolivia produced his first album, his music still evokes lots of emotions and nostalgia among Edo people, especially those from Etsakoland and its environs.

Almost 30 years after Osigbemhe’s demise, such music giants as King Benjamin Igbadumhe, one of the late musician’s backup singers and lead guitarist, through hard work and consistency, has effectively stepped into the big shoes the music general left behind. King Benji, aka “Okeke” has effectively assumed the musical mantle from his former boss.

Also contending for the musical crown in Etsakoland is one of the sons of General Osigbemhe known as “Young Bolivia Osigbemhe.” Over the years, he has also made his mark on Etsako and Edo musical scene.

How come Ogbona people, who are mostly farmers, are better known today for their exploits on the Nigerian music scene?
This should not be strange to anybody familiar with our history as a people. We are all musicians and music composers in and around my area. But before I go into details of why we produce great musicians in Ogbona, I would want to give you a brief history of Ogbona people.

Ogbona was founded by Imhakhena, one of the four large communities that make up the Avhianwu clan. The town is one of the clans in Avhianwu in Etsako land in Edo State. Our people are mainly farmers. We farm such crops as cassava, groundnut, maize, yam, cashew nuts and palm oil in a very large commercial quantity. But as a loving people, who are generally hospitable and live peacefully with all their neighbours, we use our spare time or leisure time, to entertain guests.

Ogbona people are generally actively involved in melody making in the evening, when we return home from our farms. Whenever we have feasts to celebrate after farm work has been done, we gather together to make music. Our grandparents were much involved in the act of entertainment so much so that, while growing up, music became part and parcel of our daily lifestyle.

Today, we have days and special ceremonies, when music is the main focus of how we entertain ourselves. In such events as age grades, music, singing and dancing are the dominant factors. Our people are so much involved in melody and music making during such events that it is now a great thing of pride for every home and quarter in and around Ogbona to produce quality music composers and music makers.

When masquerades make appearances in public, music and dance is one of the ways with which they entertain guests. So, in everything we do, music plays a dominant role. Therefore, it is a thing of great challenge and pride to our people to make music and compositions depicting events as they happen in and around our society. From this picture, it becomes clear that most of our people grew up with music, love and play music.

But despite the tremendous progress or impact our children have made in that industry, the majority of the people are not living on music. It is from agriculture that we get our livelihood. We are, therefore, one of the leading food producing communities in Etsakoland in particular, and Edo State in general. The reason we became known for music and melody-making is that, as we were growing up, one must belong to a musical group.

So, knowing the strengths and weaknesses of my people, I have, therefore, continued to encourage them to come out with the best in then. Since 1965, I thank the Lord that I am the first king to be generally accepted by the entire people of Ogbona kingdom. In view of this, there is a strong bond of unity among all the quarters in Ogbonaland. And for easy administration during my reign, we have decided to divide Ogbona kingdom into eight manageable quarters. So, today, the following villages make up the kingdom: Ivhiobore, Ivhiosano, Ivhitse, Ivhiobere (Ivhiatso), Ivhiorevho, Ivhioroke, Ivhianaga (Ivhioverah & Ivhiulaghua), Ivhiozima villages

So, what steps are you taking to ensure that your people move from subsistence farming to mechanised agriculture, especially now that the government’s policies favour modernised farming?
Farming is not our main occupation; it is also a tradition here, because no matter what you are doing, you must also have a farm. I must confess that in spite of all past and present governments’ propaganda about farming, we have never got any form of encouragement from government. It is sad, but that is the truth.

Whatever we get out of farming is based principally on individual efforts. Government cannot say it is unaware of the farming potential here. But it has really never bothered to encourage massive agricultural production here. During electioneering periods, politicians usually make so many promises to our farmers, that they would supply fertilizers and farming equipment. But once they are elected into office, they no longer look this way, until it is time again for election. In view of this, our people have lost the hope of getting any encouragement from government to help them develop agriculture.

The new area of agriculture our people are now concentrating all their efforts on is cashew farming. Today, people come from big cities like Lagos, Abuja and Benin to invest heavily in cashew farming here. And government is not involved in all these efforts.

Our roads were done through self-help. Electricity is never constant. With all this, how does one expect small and medium enterprises to take root here? It is not possible, except government changes its attitude to these things.

What would be your advice to Edo State and Federal Government concerning policy on agriculture development?
Well, will it not amount to a waste of time trying to advise the state and federal governments on what to do to encourage massive participation in agriculture? If government truly wants to create jobs and ensure that Nigeria is food sufficient, it is not a rocket science to do so. The example of what Leventis is doing in the area of agriculture in Etsako East Local Government Area, in Agenebode to be precise, is enough for them to follow. That company has acquired massive acres of farm land, where it engages in all manner of crop farming, including rice farming, maize, palm oil production and cassava, just to mention a few. In that same place, they are rearing cows and other animal husbandry. The maize they produce in their farms is reprocessed and turned into finished products with which they feed the birds in their poultry farms, as well as their animals. Nothing from those farms is lost in any way.

As we speak, those farms have well over 300 employees. If this type of farm is reproduced in every local government area in Edo State, for example, and people are encouraged to produce crops where they have comparative advantage, within a period of four to eight years, Nigeria will not only be self-sufficient in food production, but it will also be exporting food products to other African and European countries. This is an easy way of creating massive employment for youths. Every local government area in Edo State has a particular crop that can be produced cheaply in that area in commercial quantities. The idea of staying in Benin and Abuja, pontificating about what they intend to do, without actually going into the hinterlands to commence action does not make any sense to me personally.

So, if government is truly serious about agriculture and food sufficiency, it should go into farming by partnering private organisations. Government shouldn’t run those farms. If this is done, within a short period of time, the result will be there for us all to see. This is the way to go.